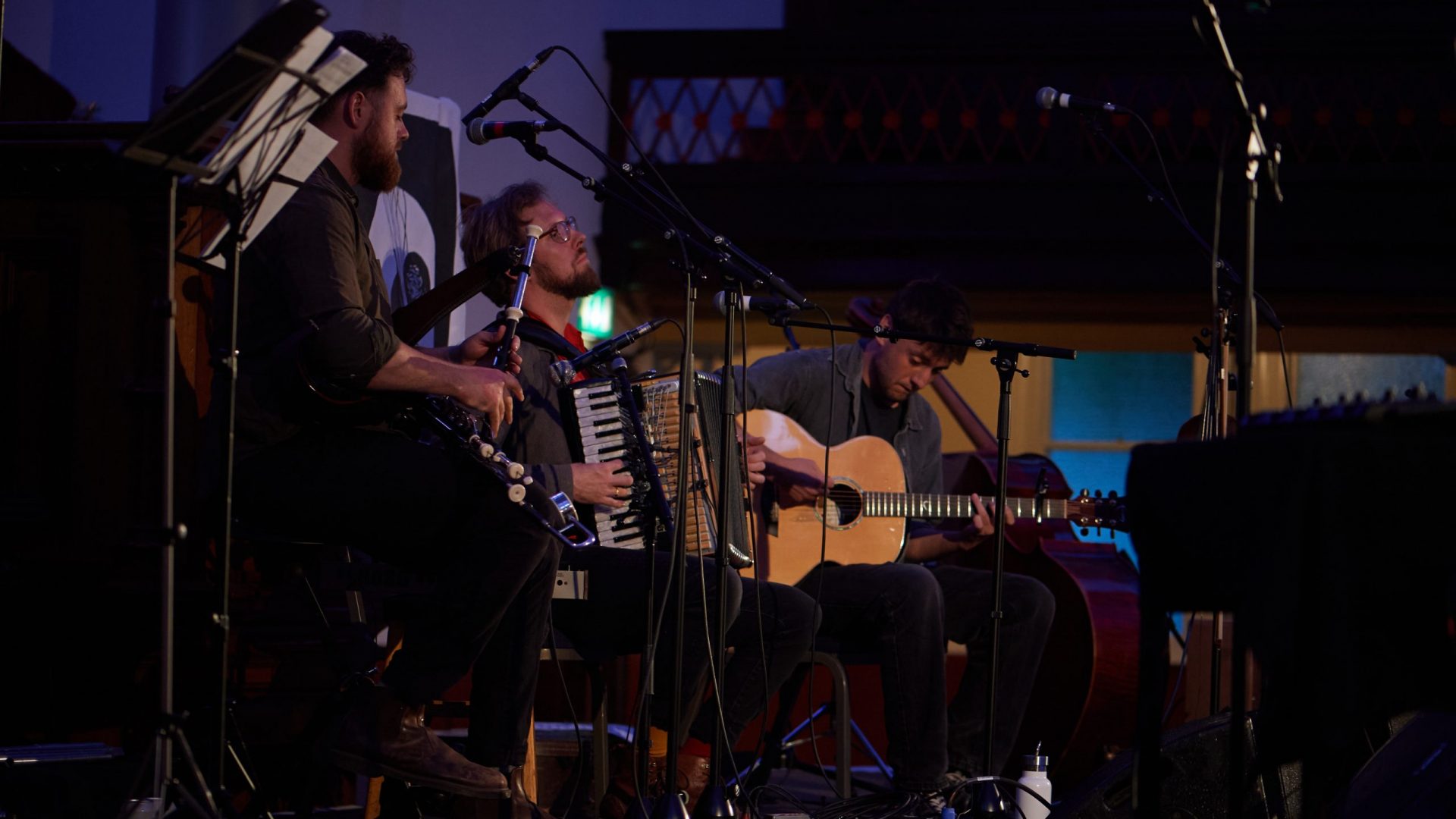 A Musical Muse Over

The world over, journalists, memorialists, formalists, materialists and other such purveyors of lists are sharpening their pencils, whilst dulling their wits, in preparation for the great condensation of the past 12 months of human creation – in all its sublimely diverse complexities – into a top-ten countdown shopping list. So, not to be left out, here is our own retrospective best-of round-up, only, you can’t buy any of it.

With a crammed summer of writing, recording and touring behind us, we gently eased ourselves back into the reclining armchair of (relatively) sedentary London life. Despite being so familiar, our city never ceases to challenge or amaze. There’s nothing like an evening spent in the company of London’s musos to make you realise how many tunes you want to learn.
Since returning from Spain we have enjoyed a run of wonderful little gigs. First up was a fundraiser for Noah’s Ark Children’s Hospice at Birchwood Hall in London. The diverse line-up included the mesmerising poet Racker Donnelly expertly weaving folk legend into the minds of an enraptured crowd, while local bands Maya & Cerise, Three Deuces and Sweet Tacquitas ranged from sweet ballads to foot-stomping blues.
Cabaret Futura once again welcomed us into the fold at their spasmodic bash held in The Paradise, Kensal Green, a grand emporium of mahogany, lustred wall-paper and brouhaha. On this occasion we shared the stage with melody-men, jazzmen and magicians, but the beauty of the night means you never quite know who to expect.
Cecil Sharp House and The Nest Collective Sam Lee bunch invited us to perform at one of their Folk Rising events for “emerging folk”. In true committed style James even sported an “emergent” hairstyle for the event with a superb mohawk towering well above the rest of the canopy. That aside, we were musically treated to a quadruple bill of fabulous performers. Abi Wade conquered technology, body and soul with her mesmerising combination of cello, nifty footwork and voice. Clara Sananbras conquered distance and time with her intriguing song project on the Spanish Civil War and its repercussions. And lastly Abimaro & The Free conquered our hearts with a set of beautifully worded and crafted songs on everything from religion to motherhood.
Heading north, The Barnet Folk Club hosted us at Arts Depot in North Finchley for their monthly get-together. A real treat and surprise was meeting and playing alongside the redolent duo na-mara who rather coincidentally presented another round of Civil War ballads. Their astounding repertoire of resistance songs, from the jazz-head chequered shirt brigade of 1930s Germany to the seaward brigands of the Indian Ocean, combined with their superb knack for storytelling made for a singular performance. We look forward very much to sharing the bill with these fine fellows sometime soon.
Last but not least we headed to the Woodburner in Hackney for their last night of the year, a winter warmer of TEYR, the Laughing Dove Choir and Theo Bard himself. The crowd was lovely, the mulled wine was lovelier and the choir’s singing loveliest of all. Above all it was a real pleasure to play to so many friends and familiar faces and such a cosy setting before the year was out, thank you. We’ve travelled a long way over the past year, from inception to inspiration, cross sea and mountain, reaching such highs and lows unimaginable before, and discovering so much along the way. It was one hell of a ride. And with plenty of gigs and galavanting to come, we hope to see you in 2014!